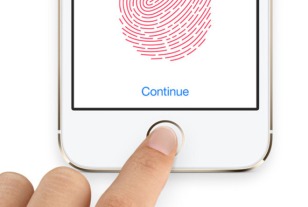 Do you use the Touch ID fingerprint sensor  to unlock your iPad or iPhone?  It certainly is a handy feature to keep your device secure with a passcode while still making it fast and easy to unlock your device. If your device has the Touch ID feature (and all newer mobile Apple devices do), then I’d suggest you use it.  It’s easy to set up — just go to the Passcode section of the Settings app, and follow along as they guide you through the fingerprinting procedure. Using the passcode still remains an option whenever you like, but the Touch ID is fast and secure.

Apple has always required that you use your passcode rather than your Touch ID in certain cases.  But have you noticed it happens more often lately?  That’s because they’ve added a new “rule” to the iOS Security Guide  for times the passcode is required.

The 6 rules are as follows, as quoted from the 9TO5Mac site (the new rule is highlighted):

The passcode can always be used instead of Touch ID, and it’s still required under the following circumstances:

This entry was posted in Getting Started, Quick Tips, Security. Bookmark the permalink.